FOUNDATION FOR THE MEXICAN LITERATURE (FLM)

Back in 2006 the renowned Mexican writer Cristina Rivera Garza invited Mexican and American writers under 35 years old to present a creative writing project of any genre and any language to be conducted in Tijuana and San Diego, travelling between the two cities three times per week. Once selected, each young writer would be guided by American and Latin American consolidated authors.

The proposal of crossing borders went beyond geography and landed on a hybridization of literary genres. During the two months the division lines among territories fortunately dissipated.

Currently, this residence is no longer functioning (http://laboratoriofronterizo.blogspot.mx/), but some activities and workshops, which could have some similarities, are being offered by the Tijuana Cultural Center (CECUT), by Cristina Rivera Garza and by the Foundation for Mexican Literature (FLM).

The tutors during the Laboratory were:

The project I worked on while attending the Laboratory was a novel about a man and a women who accidentally meet in Japan, being both Mexicans, but from very different social, economic and regional backgrounds. I had a very good guidance by Ruth Behar and Cristina Rivera Garza, about how characters and prose could be constructed. In parallel, I worked on another project, a Japanese poetry translation into Spanish (contemporary tanka genre, by Tawara Machi), with very good orientation by poet Jen Hofer.

I deeply thank Cristina for creating this Writer-in-Residence program. It is a unique and very original idea. As far as I know, there is no similar proposal worldwide.

The writers selected in 2006 were: 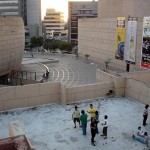 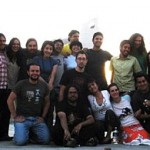 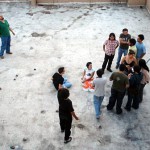 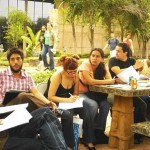 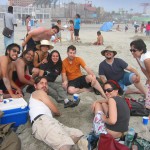 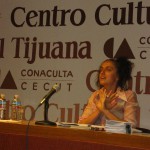 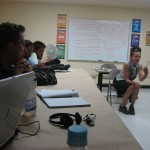 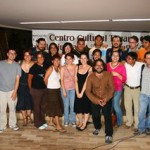